Nollywood actress Anita Joseph is married. The mother of one got married to her lover Michael Fisayo aka McFish today in a simple and secret civil affair attended by close family and friends.

Anita Joseph who has a four year old daughter from a previous relationship had decided to keep the marriage details to herself but close sources revealed how excited she has been since the beginning of the year.

Her husband Mc Fish had told fans and trolls of the actress recently that no matter what people say about the relationship and his fiancee, he will not leave the actress. According to him, “She is sweet in the middle”.

While the actress has not revealed photos from the ceremony, the paparazzi have been able to get a sneak of the beautiful actress on her big day. 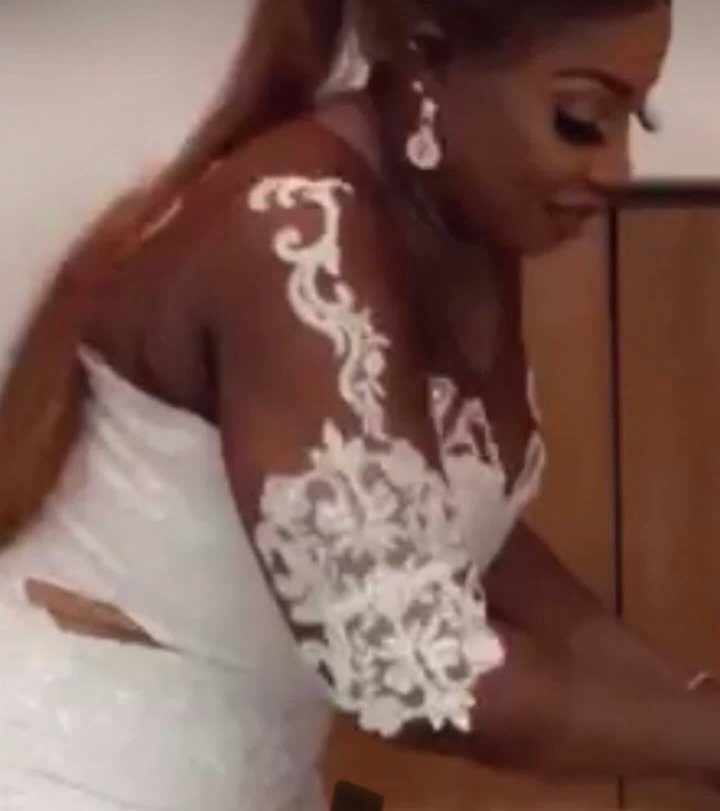 Moji Olaiya’s daughter Insists her mother’s corpse be brought back for...